The Duke of Wellington was a soldier and politician who achieved national fame by commanding the allied army which defeated Napoleon at Waterloo in 1815. He was twice Prime Minister and remained Commander in Chief of the British Army until his death in 1852.

His great fame led to him being given a state funeral, an honour only previously having been bestowed on Nelson. Places were named after him, hotels and public houses, ships, mountains and even a dish of beef wrapped in pastry. His taste for tall boots led to waterproof boots becoming known as wellington boots and a London station was named after his most famous victory, Waterloo. There were several huge memorials commissioned, the most famous opposite his house at Hyde Park Corner. A sign of how famous and popular he was is the number of portraits and sculptures of him that are owned by the major galleries, museums and public collections.

Find out more about one of the most famous British figures of the 19th century and his greatest opponent in battle, Napoleon Bonaparte and make your own mind up about them.

A brief introduction to the life of Arthur Wellesley, 1st Duke of Wellington and the victory of the allied armies at the battle of Waterloo over the French. The lesson plan asks students to discuss why Wellington and Waterloo were important to the course of C19th European history. This lesson can be used:
-to start a history project looking at a signifiant figure in British and European History
-to develop discussion skills
-to start a history project comparing and contrasting Napoleon and Wellington. 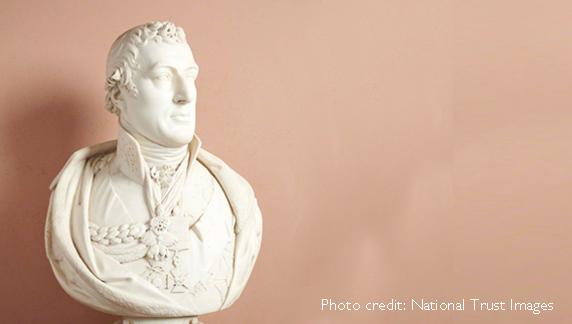 
Arthur Wellesley was born in Dublin in 1769 and joined the British Army at the age of eighteen. He rose through the ranks after seeing action in the Netherlands and India. Wellesley made his reputation as a general during the Peninsular campaign of the Napoleonic Wars. Following the defeat of the French and Napoleon's exile to Elba in 1814 he was granted a dukedom and became the 1st Duke of Wellington. He took part in 60 battles during the course of his military career and was famous for achieving victories against numerically superior forces. 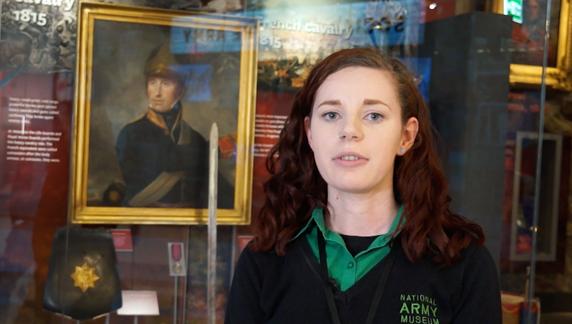 The Battle of Waterloo and Wellington


In February 1815, Napoleon escaped from Elba and returned to France and regained control of the country. Wellington left the Congress of Vienna to travel to the Netherlands to take command of the allied army. He commanded a British, Dutch and German army that consisted of approximately 73,000 troops. On the 18th June the two armies met near a small town in Belgium called Waterloo. 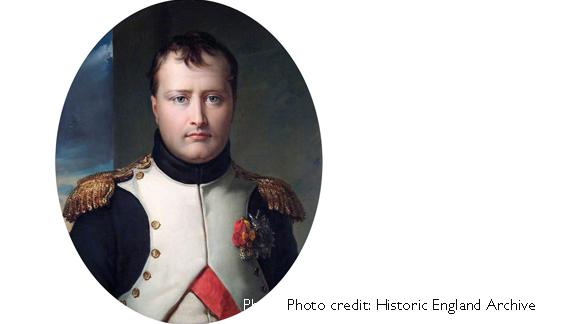 
Napoleon was born in Corsica and was as an ordinary artillery officer in the French army when the French Revolution started in 1789. He rapidly rose through the ranks and became a general at 24 and led several successful campaigns during the French Revolutionary Wars. He became the first Emperor of French in 1804. Napoleon dominated European affairs for more than a decade building a large empire. Some say Napoleon was the first modern dictator but he also promoted equality before the law, religious tolerance and promotion on merit. These were ideas that threatened the established monarchies in neighbouring European countries. 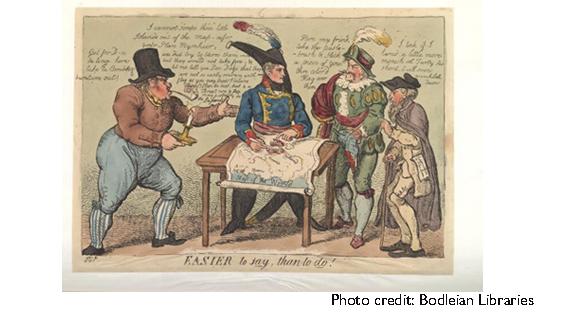 
In the immediate period after Napoleon’s rise to power in France the relationship with Britain was poor. The British were fearful of invasion and 103 towers were built as coastal defence along the south coast. Napoleon was demonised in popular culture. This cartoon from the period shows him scraping Britain from a map of Europe. Victory at Trafalgar in 1805 lessened the risk of invasion but fear of the French was significant until Napoleon’s defeat in Russia in 1812. Wellington’s victory at Waterloo in 1815 left Britain the dominant power in Europe.
Download Bodleian_Libraries,_Easier_to_say,_than_to_do.jpg 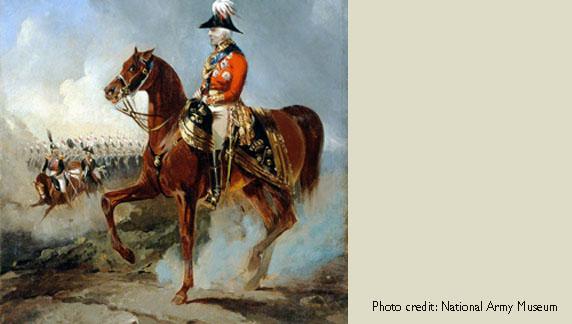 
The battle won by Wellington and the allied armies at Waterloo ended the First French Republic and the political and military career of Napoleon Bonaparte and made Wellington a war hero of huge proportion. After the end of his active military career, he returned to politics and was twice Prime Minister. The sheer number of portraits of him help to illustrate how famous he was. This portrait shows him overseeing the Grand Review in Windsor Great Park with Tsar Nicholas 1 of Russia. . 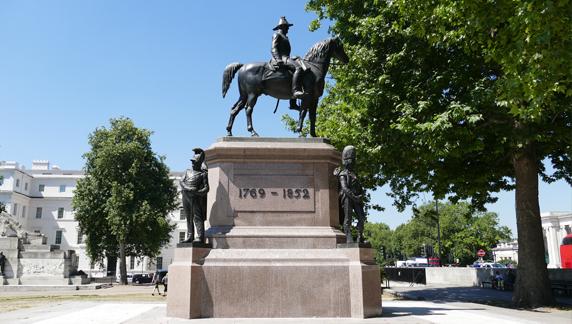 
His actions as a politician were less popular with the public than his exploits on the battlefield but even so he was given the honour of a statue in Hyde Park sculpted by Matthew Cotes Wyatt. It was the largest equestrian statue in Britain when it was unveiled at Hyde Park Corner in 1846. It was 9 metres high and weighed 40 tons. After Wellington died the statue was moved to Aldershot, home of the British Army, where it still stands today. A new statue by Sir Joseph Boehm, a favourite of Queen Victoria, was commissioned to replace it. 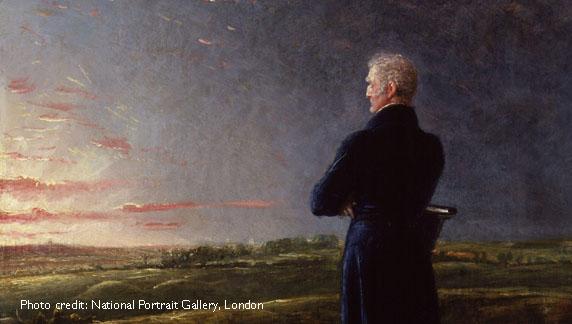 Napoleon and Wellington were great military commanders who became leaders of their respective countries. Napoleon and revolution was much feared by the aristocracy and Wellington’s victory helped to ensure the continuation of the monarchy and of aristocratic traditions. Wellington opposed the Reform Bill of 1832 which aimed to take away some of the power and influence of the aristocracy by reforming the electoral system. However the victory at Waterloo led to decades of peace. Europe became more prosperous with Britain the dominant power on land and at sea. 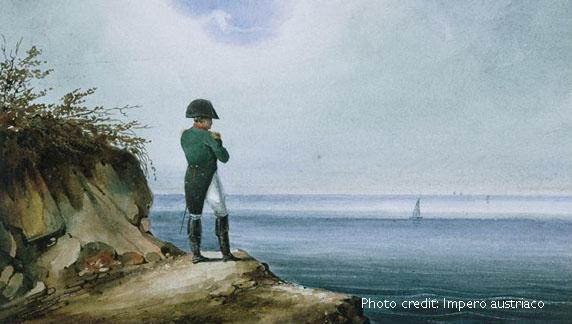 The defeat of Napoleon had wider consequences across Europe with the formation of the Holy Alliance of monarchist countries intent on stopping revolutions and the extension of democratic ideas. Napoleon had brought liberal reforms to countries he conquered. He is credited with having improved the legal systems of more than 70 nations. British historian Andrew Roberts states: "The ideas that underpin our modern world—meritocracy, equality before the law, property rights, religious toleration, modern secular education, sound finances, and so on—were championed, consolidated, codified and geographically extended by Napoleon". 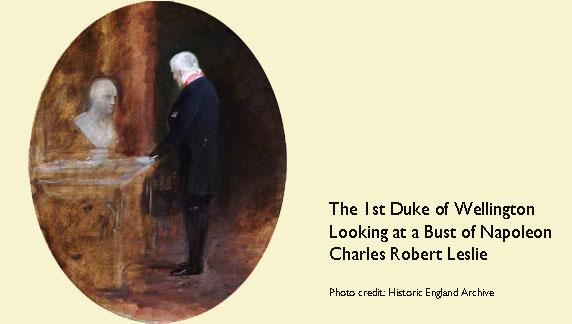 Discuss…On balance was the defeat of Napoleon at Waterloo a good thing or a bad thing for the ordinary people of Europe?

Elsewhere on CultureStreet there is a film about a sculpture of one of Wellingtons soldiers from The Battle of Waterloo, a Grenadier Guard in the uniform of 1815, which is in the National Army Museum. Our group find out about it and the Wellington memorial by Sir Joseph Boehm at Hyde Park Corner. Statuette of a Guardsman.

Through using this lesson plan students should:
-Develop ideas through investigations, demonstrating critical understanding of sources.
-Learn about a significant turning point in British history, in this case the defeat of Napoleon at the Battle of Waterloo in 1815.
-Learn about events beyond living memory that are significant nationally or globally.
-Learn about the lives of significant individuals in the past who have contributed to national and international achievements.
-Better understand ideas, political power, industry and empire: Britain, 1745-1901- Including the French Revolutionary wars.
-Study of an aspect or theme in British history that extends pupils’ chronological knowledge beyond 1066.