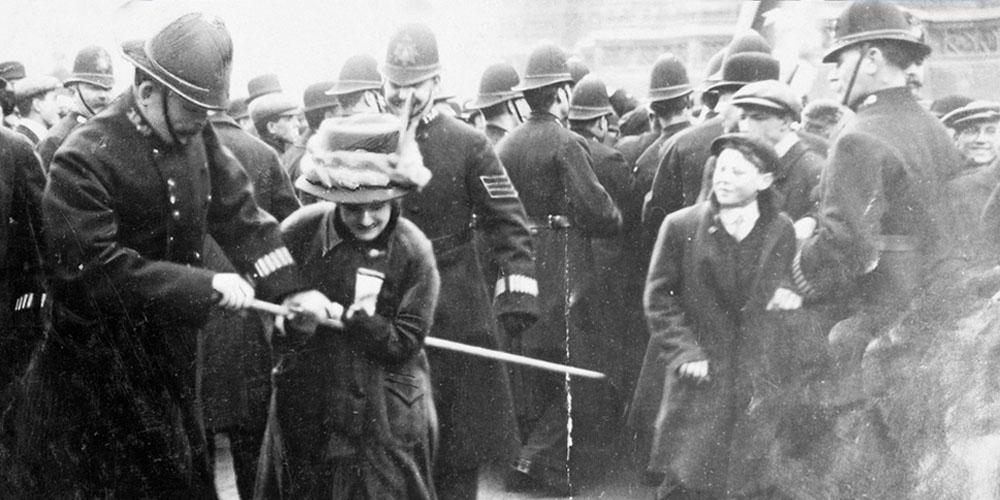 The Reform Act of 1832 specified that only ‘male persons’ could vote. This was the first explicit statutory bar to female voting. So began the long fight for equal voting rights for women which was finally achieved in 1928. Women’s suffrage became a national movement with the formation of the National Society for Women’s Suffrage in 1867 and later, the National Union of Women’s Suffrage Societies (NUWSS). Votes for women gradually became a national cause and by the early 1900s, sentiments had shifted in favour of universal suffrage. It still took a more militant campaign, headed by Emmeline Pankhurst and the Women’s Social and Political Union (WSPU) to produce real change.

An introduction to the emergence and development of women’s suffrage in the United Kingdom, Emmeline Pankhurst the the national movements and their differing approaches to changing society. This lesson plan asks students to discuss why Pankhurst was so important to the suffrage cause. This lesson can be used:
To develop research and investigative skills.
To start a history project looking at a significant figure in women’s suffrage history.
To develop research and discussion skills.
To create a chronological timeline addressing key events in the women’s suffrage movement. 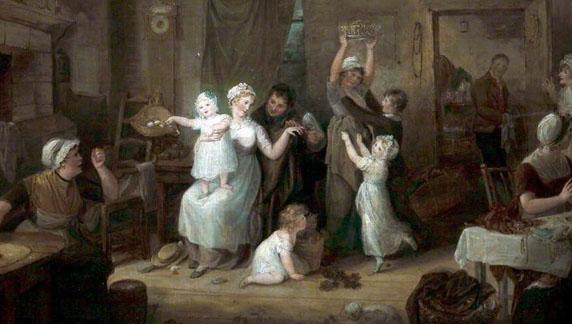 Background - The Emergence of Women’s Suffrage


Traditionally, women had been seen as physically, mentally, emotionally and morally inferior to men. It was therefore felt that women could not be trusted to vote and their sphere of influence was limited to the home and the raising of children. Women lacked political freedom and had few political rights, particularly once married, having no rights over her children. Politics and public life therefore was seen to belong to men. 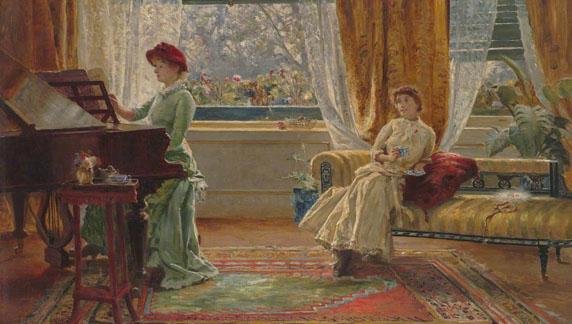 
The Industrial Revolution brought many women into full time employment for the first time. Changes in society also provided more opportunity for women to meet and discuss political and social issues. A number of laws passed towards the end of the 1800's preempted the emergence of the women’s suffrage cause, for example, the education acts of 1870 and 1872 and the 1894 local government act which gave women to right to vote and stand in elections at local council level. 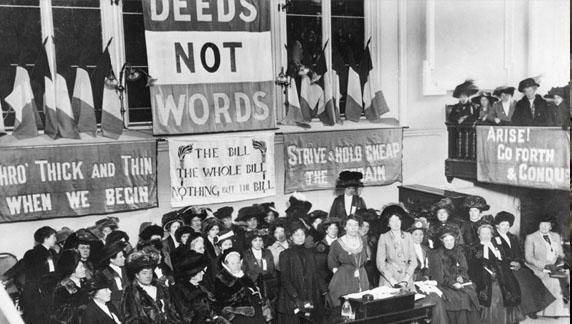 The Formation of National and Local Movements


Organised campaigns for women's rights began in 1866, but it is arguably the formation of the National Union of Women’s Suffrage Societies in 1897 which gained most momentum for the movement. Lead by Millicent Fawcett they peacefully campaigned for the vote. The union quickly gained membership and an efficient nationwide organisation. The Suffragists believed in the use of non-violent tactics to persuade the nation that women deserved the right to vote and by 1914 they had approximately 54,000 members. 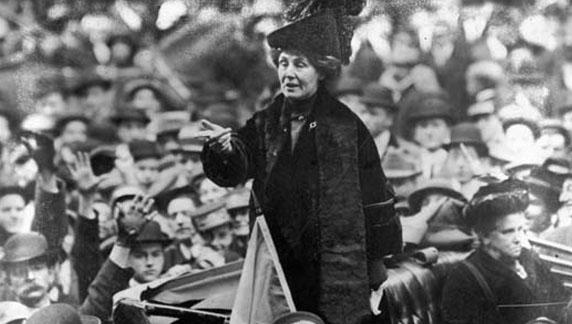 
Women’s suffrage had become a national concern, but the organisations fighting this cause did not always agree on approach or tactics. Emmeline Pankhurst had been a member of the Manchester Suffragist group but had grown impatient with the NUWSS and decided instead to form her own movement. Rather than middle-class ‘respectable’ women, Pankhurst wished to create an organisation based around active methods and working-class women which lead to her formation of the Women’s Social and Political Union (WSPU). 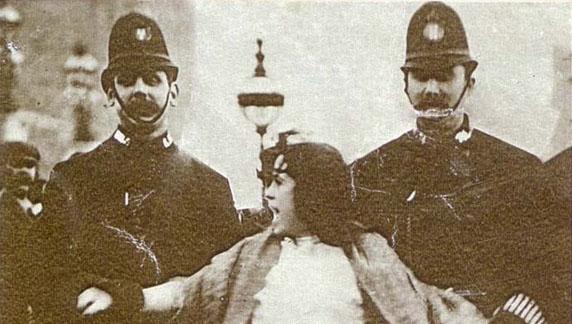 
The more militant Suffragettes used law-breaking, violence, arson and hunger strikes within their campaigns. Historians have disagreed on the impact of militant techniques in the Suffragette movement, but membership for the group remained high throughout their prime campaigning years and the rough treatment of many suffragettes won sympathy and outcry from the public. 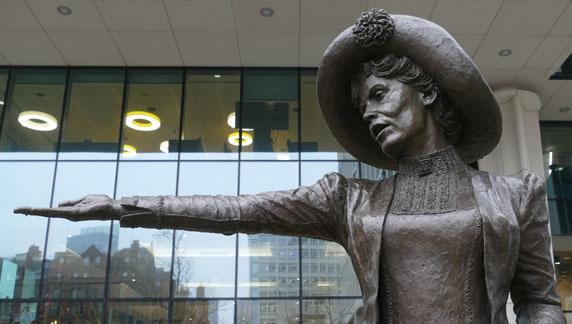 Emmeline Pankhurst bronze sculpture was created by artist Hazel Reeves and stands proud in Manchester city centre. The sculpture features the slogan of the WPSU Suffragette movement - deeds not words. The slogan highlights the active nature of the campaign she led. This video discusses how Pankhurst's personality inspired a nation of women to fight for their rights. It also addresses the sacrifices she made in making society uncomfortable in order to make the world easier for the women of the future. 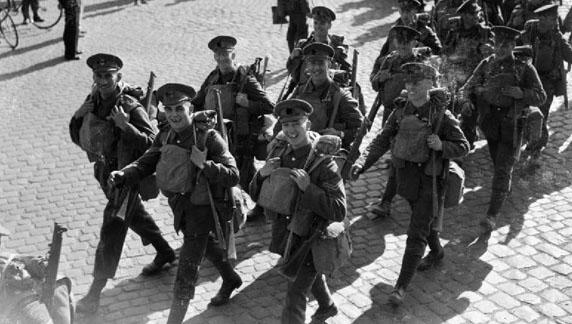 
The outbreak of World War 1 quickly scaled back and suspended the women’s suffrage movement. Both Suffragette and Suffragist leaders volunteered themselves and their members to engage in the war effort. Many women worked as nurses and police, as conductors on buses, as secretaries and within the civil service. The war effort provided women the opportunity to highlight their economic and strategic value and destroyed any beliefs that women were unable to cope with traditionally male jobs. The women of the war proved themselves every bit the equal of men. 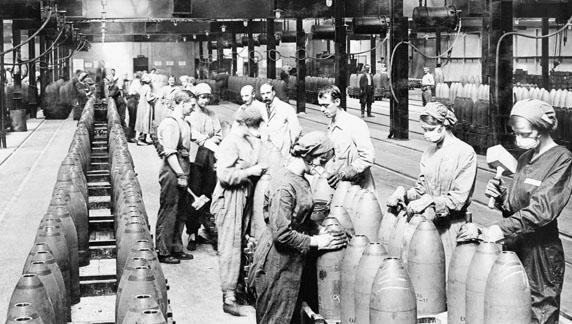 
Following the contribution of women in the war effort, the Representation of the People Act of 1918 gave women over the age of 30 the right to vote. This represented 8.5 million women which was around two thirds of the population of women in the UK. Although this was progress, this act failed to benefit younger, single women, many of whom had been critical in their contribution in munitions and weapons production. It was not until the Equal Franchise Act of 1928 that women over 21 were able to vote and women finally achieved the same voting rights as men. 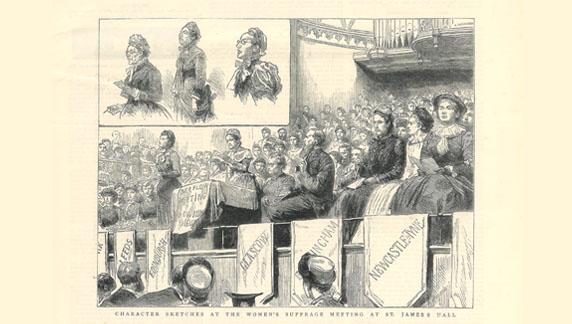 Three key figures in the fight for women's rights


Emmeline Pankhurst's militant campaign attracted tremendous publicity and forced the moderate campaigns to better organise themselves.
Millicent Fawcett was a figurehead of the moderate campaign. Fawcett followed a peaceful approach believing that cross party cooperation and organised movements would create the biggest change.
Emily Davison who is best remembered for her final protest in 1913, when she threw herself in front of the King’s horse. 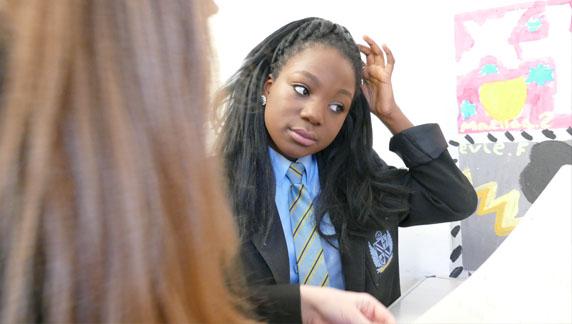 
Select one of these 3 women to research further and then write a short essay discussing their efforts and actions for women’s suffrage and the impact they had on achieving the right to vote.

We have produced a GCSE History Essays Tips sheet to help

The Suffragette actions included:
• Presenting petitions to Parliament
• Running out in front of a horse at the Derby race, resulting in a
suffragette’s death
• Disrupting speakers in the House of Commons
• Hunger strikes while held in prison
• Chaining themselves to areas in and around Parliament
• Setting fire to the empty homes owned by anti-suffrage MPs
• Smashing shop windows.

Questions. Choose one to discuss further.

• How effective are these methods to attract the attention of MPs, the
media, and members of the public?
• How lawful were these approaches?
• Can you think of similar activities which have been adopted by more
modern day activists, e.g. groups which have entered the Houses of
Parliament to protest?

Create a timeline highlighting the key events of the fight for votes for women in the UK. This should include the formation of the Women's Social and Political Union (WSPU), the first hunger strikes, Black Friday, Emily Davison's death, the First World War and the acts of parliament that finally produced change.

Through using this lesson plan students should:
-Develop ideas through investigations, demonstrating critical understanding of sources.
-Learn about a significant change in British history, in this case the struggle for equal rights for women.
-Learn about how WW1 had an impact on public opinion of womens role in society.
-Learn about events beyond living memory that are significant nationally or globally.
-Learn about the lives of significant individuals in the past who have contributed to national and international achievements.
-Learn how art and design both reflect and shape our history, and contribute to the culture, creativity and wealth of our nation.
-Study of an aspect or theme in British history that extends pupils’ chronological knowledge beyond 1066.