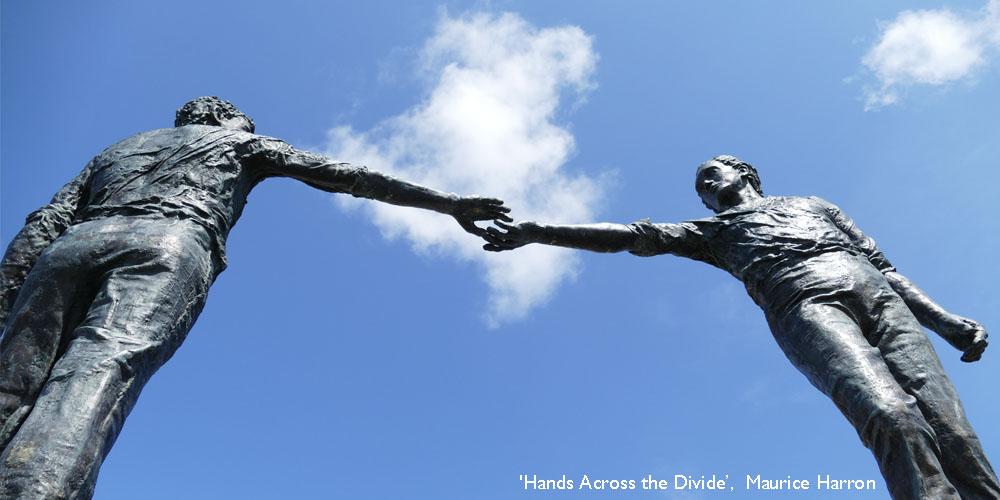 Irish Home Rule and The Troubles

This lesson plan explores the background to Irish Home Rule and the division of the island of Ireland in 1921. It will go on to introduce how the political and sectarian divisions of this event fuelled the 30 year period known as the Troubles and the response of professional artists and the general public with the creation of political art.

‘Woman in a Bomb Blast’ by F.E McWilliam is an important work by a mainstream Irish artist in response to a single event of the Troubles. What does the sculpture tell us about political conflict? Can you compare McWilliam's work with the large scale political murals in Belfast?

Finally we look at the elements within political murals in Northern Ireland murals of which there are many in Belfast and Derry which commemorate the divisions of the Troubles.

A brief introduction to the topic of Irish Home Rule followed by a wider background to the Troubles and the creation of art in political struggles. Learning activities involve a brief overview of the timeline of Home Rule and the later development of the Troubles and the comparison of two forms of political art. This lesson can be used: To develop research and investigative skills. To develop discussion skills. To start a project on different representations of political history from different sides of the conflict. To compare and contrast two forms of responsive art (sculpture and murals). 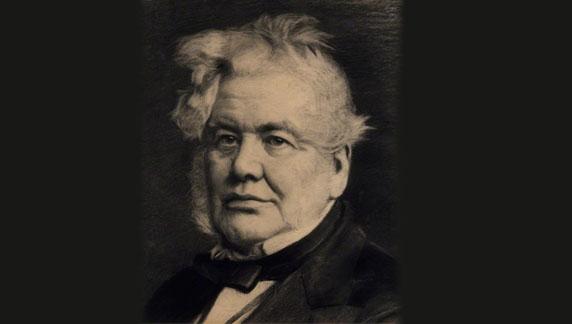 Background - The start of the Home Rule Movement


Until 1800, Ireland had its own parliament. The act of union ended Irish representation and made all Irish MPs move from Dublin to Westminster. The Irish Home Rule Movement emerged as a result and in 1870 Isaac Butt, a former Tory MP and barrister, founded the Irish Home Government Association. 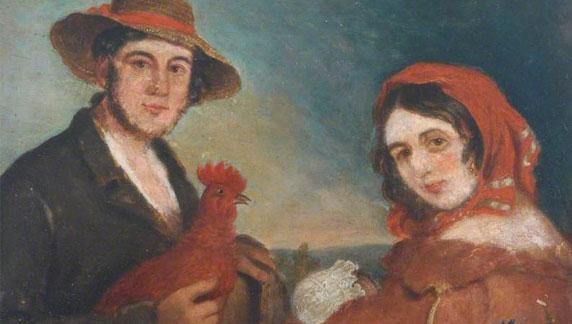 Isaac Butt unified landowners, tenant’s rights activists and supporters of the failed Fenian uprising of 1867 to all support the movement for Irish Home Rule. His aim was to restore an Irish parliament with full control over domestic affairs. In 1873 The Home Government Association was succeeded by the Home Rule League. 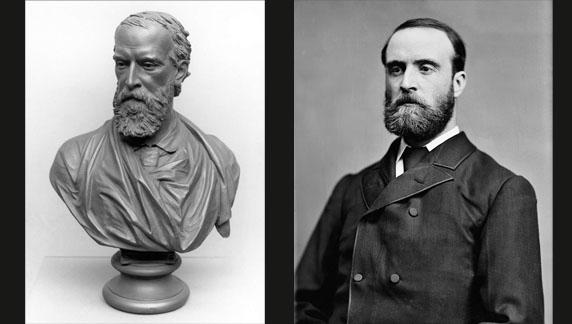 
Leadership of the Home Rule League moved into the hands of the more aggressive and charismatic Charles Stewart Parnell. Parnell was an Irish Nationalist politician who brought further demands for land reform and religious education to Irish politics. He was responsible for three attempts at passing a ‘Home Rule Bill’. 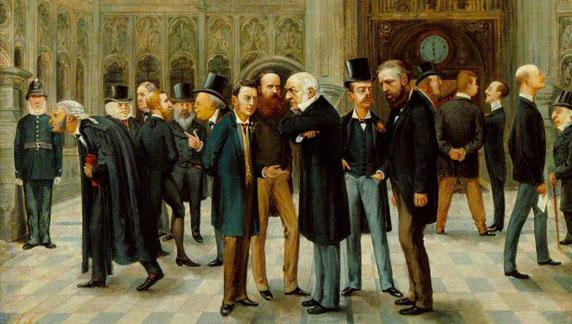 
The first attempt to pass the bill through the Westminster Parliament in 1883 had the support of Prime Minister Gladstone but was rejected by MP's. Ten years later the second attempt was defeated by the House of Lords. A third bill was passed in 1914 but was then inoperative due to the outbreak of World War 1. 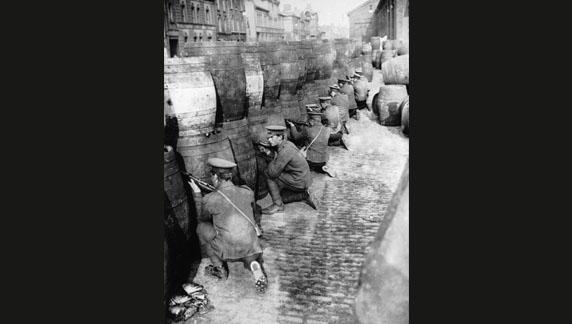 
On Easter Monday 1916 1200 armed volunteers lead by James Connolly tried to takeover important buildings in Dublin and establish an independent Irish Republic. The fighting continued for five days, ending with shelling of the rebel headquarters in the General Post Office. 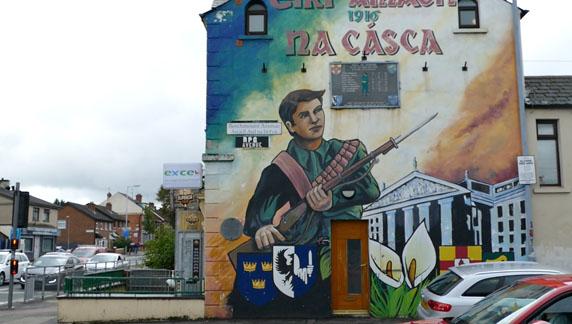 In the aftermath of the uprising the British army arrested thousands of people suspected of being involved and executed sixteen leaders which only increased popular support for Irish independence. When the First World War ended the problem of Ireland still remained. 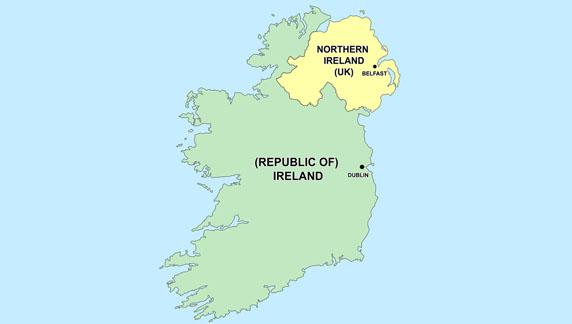 
After a period of repression by the British Army and the Black and Tan auxiliaries in 1921 the 26 counties in the South were given Dominion status. Home rule was established in the six counties of Ulster in the north. The island of Ireland was divided into the independent Republic of Ireland (Eire) and Northern Ireland, still part of the United Kingdom. 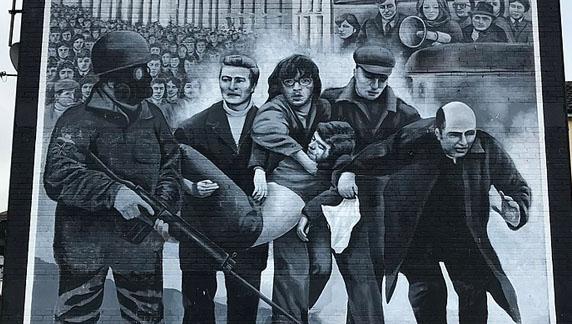 
The 30 years known as the troubles began in the late 1960s and was a period of extreme violence, armed conflict and political deadlock within Northern Ireland. The population became viciously split between catholics or nationalists and protestants or unionists. The two sides vehemently opposed one another and the conflict quickly became deadly and severe. 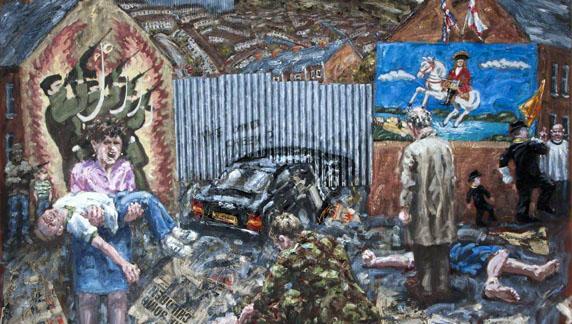 The nationalist side wanted the creation of a united Ireland. The unionist population were loyal to the queen and considered themselves British. Both sides had illegal paramilitary organisations. The Provisional IRA represented the catholic population and the Ulster Defence Association and the Ulster Volunteer Force for the protestants. 3500 people died, half of which were civilians. 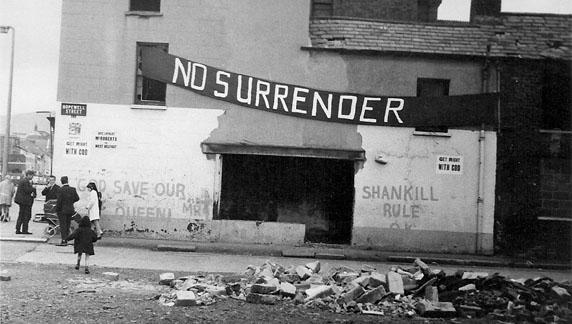 The conflict varied from outright direct warfare during the Battle of the Bogside to bomb blasts and kidnappings. The British Army were deployed in 1969 to keep the two communities apart and establish peace but they quickly became part of the problem. The events of the Troubles continue to echo within the communities of Northern Ireland today. 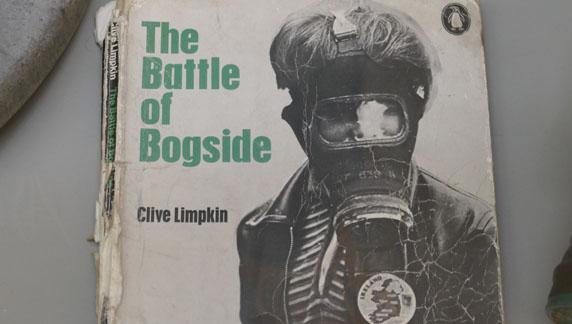 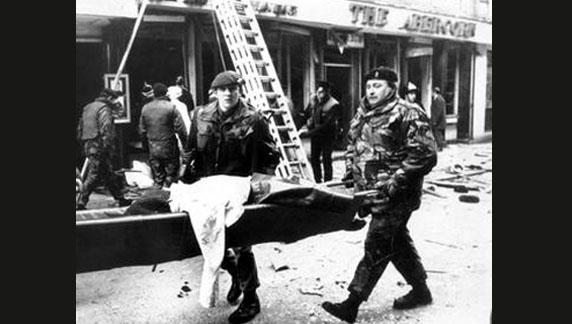 
On March 4th 1972, a bomb was detonated in a crowded Belfast city centre restaurant. Two young women; Anne Owens and Janet Bereen, were killed instantly and over 130 people were injured. The Provisional IRA were blamed for the bombing but no one was ever charged. The Abercorn bombing left a lasting impact on the people of Northern Ireland who were horrified at the severity of the attack. Belfast city centre was hit again two weeks later when the first car bomb of the Troubles was detonated in Donegal Street. 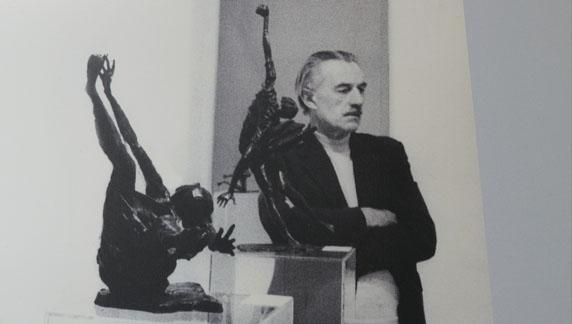 Woman in a Bomb Blast


Watch the video to see F.E McWilliam’s ‘Woman in a Bomb Blast’. The sculpture depicts a woman being thrown back by the impact of a bomb explosion. The figure symbolises the women of Belfast killed at the Abercorn Restaurant bombing, but also all the victims who died at the height of the Troubles in the 1970s. The series of sculptures McWilliam created further represent the experience of people involved in modern political conflicts elsewhere. As a group discuss the success or failure of the sculpture to get its message across. 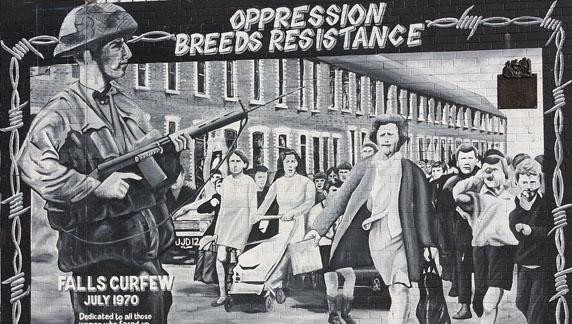 
Murals in Northern Ireland are symbols of the Troubles. These murals depict the regions past and present political and sectarian divisions. The most famous political murals in Europe can be found in key sites of the Troubles, Derry and Belfast. There has been almost 2000 murals documented since the 1970s. These murals communicate with residents and tourists the Troubles culture and history. The location of murals commemorate messages that reflect values important to that particular community. 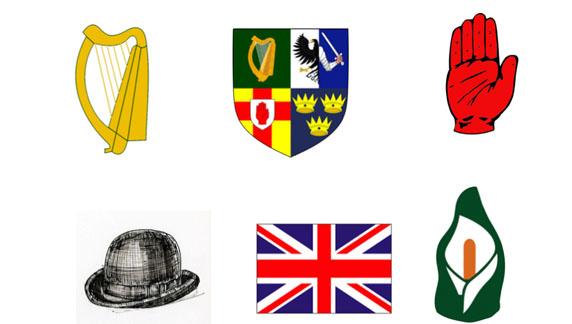 
There are key differences between the display of Irish republican murals and unionists, British symbols. Themes of nationalist murals range from Celtic art, Irish language, deceased republicans and symbols of International solidarity with revolutionary groups. Unionist murals tend to include Royal symbols, commemorations of World Wars 1 and 2, deceased loyalists and King William of Orange. Download our sheet and see how many Republican symbols you can find.

Create a timeline highlighting the key events of Home Rule and the Troubles. This should include the beginnings of the Home Rule movement, the 1916 Easter Rising, World War 1, the beginnings of the Troubles and key events within that period i.e. Battle of the Bogside, President Clinton's visit to Northern Ireland and finally the Good Friday Agreement.

Elsewhere on CultureStreet there is another history lesson plan about one of the great figures of the British Army, the Duke of Wellington and his rivalry and battles with Napoleon. Wellington and Waterloo.