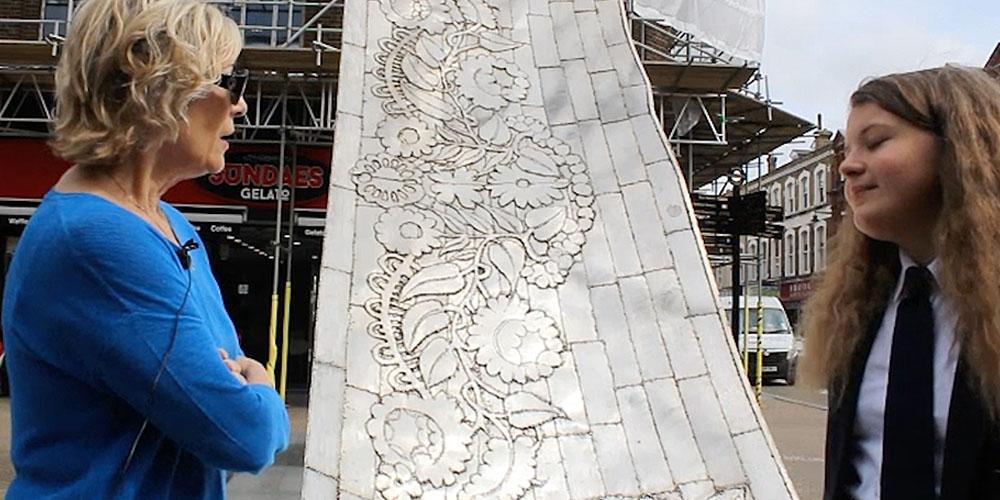 When sculptor Rick Kirkby designed his Reflections sculpture for Bedford town centre he acknowledged two former local industries in his design. Like many other towns across Britain, Bedford has a long history as a market town. The market square is still the centre of the town but as the trade in wool declined other industries grew up. Two important industries for Bedfordshire were lace making and then in the twentieth century brick making.

These industries not only provided employment for local people but were so successful and profitable they needed more skilled workers than the local community could provide. Lace makers from Flanders settled in Bedfordshire as early as the 16th century. After World War II, there was an enormous demand for bricks to help in the reconstruction of the housing stock. Bedfordshire had the clay but not the people to make the bricks. The brick companies looked overseas for workers, and found many people willing to move to Bedford including Eastern Europeans, Italians and later Indians, Pakistanis and West Indians. The making of bricks and lace led to new people and new cultures arriving in Bedford and the effects of this immigration have made the town the diverse community it is today.

Has this happened to a town or village near you? Why not investigate your area.

This lesson can be used:
- to start a local history study
- to deepen students knowledge and understanding of the make up of the local population and the cultural diversity of their local town
- to build students knowledge and understanding of the areas local history and find evidence of past industries in towns.
-as part of a project to get students to writing for different purposes. 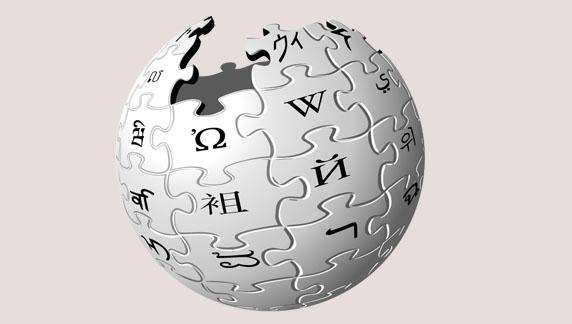 
Put the name of your local town into Wikipedia and see what it says about the history of the place. Why was a settlement established in the first place and what did the local people do to make a living. Depending on where you live this may only give you a few leads to follow up. Our search of our local town produced this result.. 'Although never a major manufacturing centre, in the 18th century industry centred on hand loom wool weaving, and in the early 19th century the principal industry was spinning and the manufacture of shoe thread.' 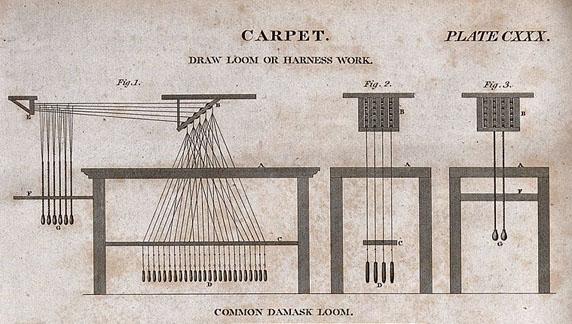 
Our further research included putting 'Examples of hand loom wool weaving' into a search engine. We discovered a number of videos on YouTube showing how to have a go at weaving. We also found kits to buy. There were a number of old engravings of mechanical looms including this one of a carpet loom. From this we discovered that our local town had also manufactured carpets. Factories were built along the river bank which brought the production of woollens out of small domestic workshops. 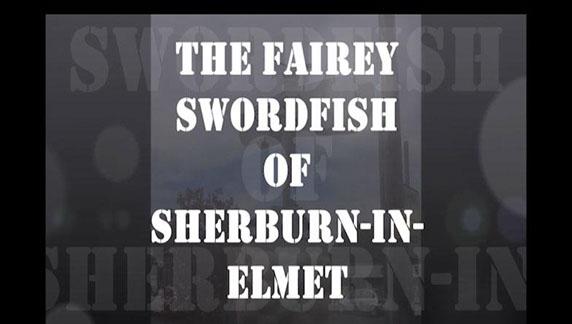 An example of how this can work in a primary setting


A primary school in the small Yorkshire village of Sherburn in Elmet discovered that their village had links with the production of aircraft during WW2 because of a local sculpture. Their investigations included interviewing local people and making this short film which might give you ideas as how you could progress connections with whatever local industry you discover in your area. 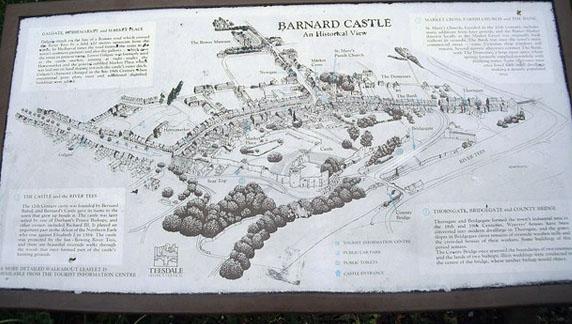 
Old maps of the local area can be a good source of information about how your town or village has changed over time. We found this one online and it had also been reproduced on a sign board at a local point of interest. A simple search produced a good selection of archive photographs of our town and this led to searching old engravings. The photographs were quite diverse in their views but the old engravings tended to show the same prominent landmarks. 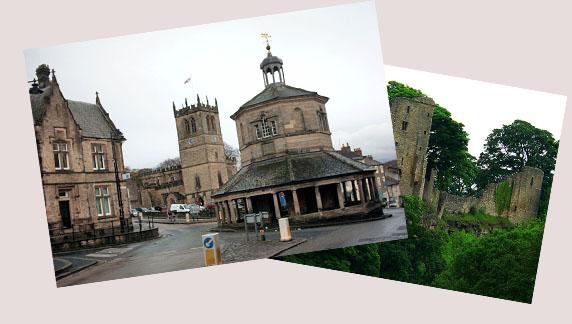 
If possible take the group on a tour to the key areas of your town or village that your desktop research has highlighted. Task the group with photographing each location and writing a very short description of each site. If you cannot get out of school collect images of the locations online and print. Then write the description underneath the image. Under fair dealing educators and students can display a copyrighted images in the classroom for educational purposes. 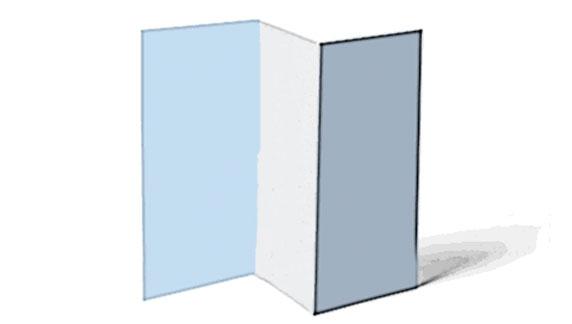 
Back in school use the images and text you have collected to create a leaflet for your town. Firstly print the images and text at different sizes so you have multiple copies. By folding an A4 landscape sheet of paper or thin card you can make a simple Z shaped leaflet. Then simply collage the information into the leaflet using scissors and glue sticks. We have provided a folding/leaflet layout template for you. 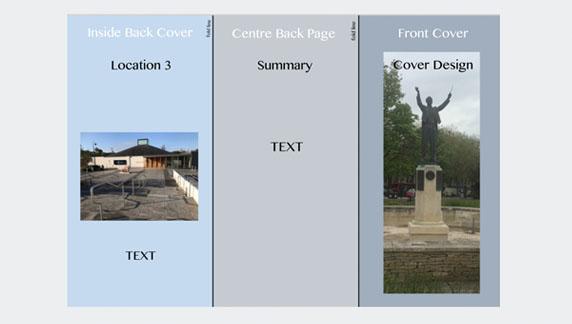 
Fold your A4 sheet into three sections. This layout is for Z folding and shows the front side. 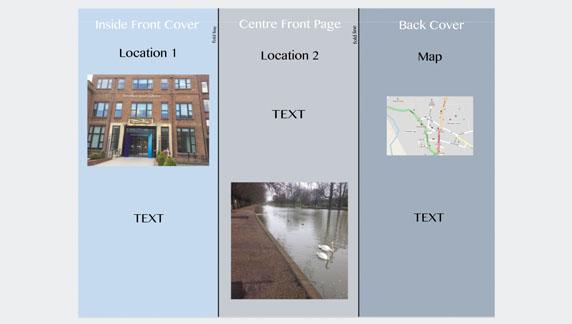 
This is the layout for the reverse side. In our example leaflet we have based it on finding three locations of interest in your local town. 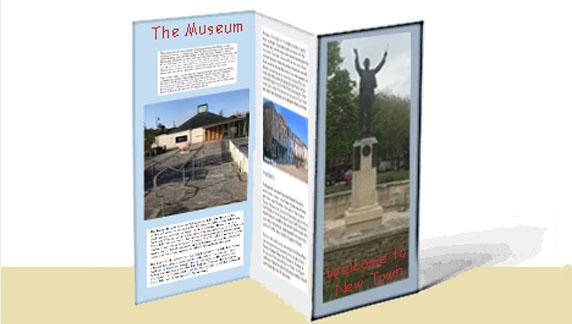 
Now you have a draft version of your leaflet this is the time to evaluate your work. Decide which bits of your leaflet have clear information that someone coming to it fresh would understand and which bits are not quite working as well as you would like. If you are not sure try your leaflet out on your friends. Now re-write your text and this time write it in the style of a leaflet. Look at examples online from elsewhere in the country and see the kind of language that professionally designed promotional leaflets use.

Elsewhere on CultureStreet there are a number of lesson plans that might help you progress the idea of investigating local history.
You could start with CultureStreet's KS1 local history investigation of holiday souvenirs and the  Museum of Memory and Myth both of which involve students talking to older members of their family and collecting objects.

If you are interested to find out more about Reflections by Rick Kirby in Bedford town centre there is a film made by a local school here.

Through using this lesson plan students should:
- learn about the lives of local people
- gain a sense of local pride
- become more aware of local heritage landmarks and features
- increased engagement in history by exploring cross curricular ways to make the past more tangible and developing their investigative skills through enquiry based learning
- how people’s lives have shaped this nation and how Britain has influenced and been influenced by the wider world
- gain historical perspective by placing their growing knowledge into different contexts, understanding the connections between local, regional, national and international history; between cultural, economic, military, political, religious and social history; and between short- and long-term timescales.
- discuss what they have written with the teacher or other pupils
- gain experience of writing for different purposes